Los Angeles (February 10, 2010) – “Toto,” a 7-year old Chihuahua/Schipperke mix, spent his life tied up in a locked garage before a neighbor alerted L.A. City Animal Control.  He then spent another five months sharing a kennel with three other dogs at the West Valley Animal Shelter before a concerned dog lover noticed him and initiated a massive media campaign to find this dog a home.

Writer For Hire Pat Kramer spotted the 14-pound Chihuahua mix with the ‘huge eyes’ last November while visiting the Shelter to adopt another dog.  At that time, “Toto” was on the shelter’s ‘Green List,’ one step away from being euthanized.  Due to being kept in the dark for so many years, his little eyes bulged from exposure to sunlight.  But according to the Shelter’s staff, he was one of the sweetest, most loved dogs there.

Pat recalls, “With the number of dogs needing a home, I was afraid he might get ‘put down’ before I could help him.”

When she returned to adopt him a few weeks later, Toto had kennel couch and was not expected to survive.  However, a few weeks later, he pulled through and on January 5th, Pat began fostering him at her home until a permanent home could be found.  “I was intent on seeing this through,” she says, “no matter how inconvenient it might be.”

To help her along, the local animal rescue foundation, New Leash on Life, pitched in donating a sleeping crate for Toto.  To help socialize him, Jami, a local animal trainer, began teaching him basic social skills.

Over the next few weeks, Toto’s photo and story were posted by on Facebook, Craigs List, and animal rescue sites: New Leash on Life, Second Acts Foundation and Pet Adoption Fund with  Animal Control Officer Gabi Hartel and Mae Ross of 321 Talent Showcase helping with the postings.  Through these efforts, thousands of people were acquainted with Toto’s plight and on January 26th, a local family adopted him.

Today, as a result of many people working together, Toto is now a ‘pet’ for the first time in his life.  No longer tied up or left alone, he has a family to love.

Says Pat, “In the process of helping this little guy, I became aware of the many wonderful people out there who give of their time to rescue unwanted pets.  These people are real ‘saints’ for what they do!”

She adds, “For those who can adopt, please do so now. It’s so critical that these animals get some help.  The love you get back will more than compensate for your costs — and as we know– no act of kindness goes unpaid, especially as it relates to animals.”

Addendum: In April 2017, Pat learned that Toto passed away recently from a heart condition. But during the six years that he lived with his “forever family,” Toto was one of the most loved pets, ever. He grew to love his “little sister,” a Chihuahua, and had a fenced yard to play in and a bed to sleep on inside his family’s San Fernando home.

Pat Kramer, a freelance writer living in Los Angeles, is the founder of Writer For Hire® and a proponent of animal rescue work and charities supporting humane treatment of animals. Los Angeles, CA (March 23, 2016) – Writer For Hire Pat Kramer, a veteran business copywriter and ghostwriter, today announced that she will share highlights of her 30 year career journey with inner city high school students at Oscar de la Hoya High School on Wednesday, April 20 and at Animo Inglewood High School on May 18th.  The two, one hour presentations are in partnership with the Youth Business Alliance (YBA), a 501(c)(3) nonprofit organization that focuses on bringing critical 21st century business skills and perspectives into the classroom. Pat will be presenting tips on how she went from a “wanna-be writer” in high school to a professional journalist and corporate copywriter in Los Angeles.

The Youth Business Alliance invited Ms. Kramer to share her experiences and achievements over the time she has built her career in an effort to provide high school students with a broader perspective of what it takes to be successful. The YBA was formed in 2012 with one disadvantaged school and has since grown to include 14 high schools serving roughly 350 disadvantaged students each year through its year-long after school course “Introduction to Business & Careers.”

Pat started her career as a radio news broadcaster and journalist working for radio stations in New England. To get her foot in the door of this incredibly limited and competitive industry, Pat had to work every shift around the clock, including all-night at one radio station in Newport, Rhode Island and then a split-shift at the next where she covered both “morning drive time” and “afternoon drive time.”

“I have never worked as hard in my life as I did at the start of my career,” says Pat, who notes that hard work and determination are the winning formula for anyone starting out in the job market. “Most people in their early ‘20s opt out when the going gets tough, but I stuck with it and advanced in my career to the point where I eventually got to call the shots.”

Looking back on her career of 30+ years as a news writer, ghostwriter, and marketing and public relations consultant, Pat believes the challenges she faced led to a tenacity that has helped her succeed in business when other writers have closed down their shops. “I believe all the challenges I have had to face ultimately gave me a wealth of experience in life and now, I’m giving back by helping the youth of today get started on their own career path.”

Speaking before the public is not new to Pat. Over the years, she has presented workshops and seminars for business leaders in a wide variety of industries on how to better communicate their branding messages by using news-oriented press releases, professionally-written articles for trade publications, and blogs on the social media. Pat is a recognized business leader and an active member of her business community in Sunland-Tujunga. She is also an advocate for humane treatment of animals and the ghostwriter of several books and memoirs.

About Writer For Hire

Writer For Hire® Pat Kramer specializes in developing informational, editorial, promotional and ghostwritten content for companies and individuals all over the world. Her press releases have helped first-time authors reach “best seller” status on Amazon.com, while her media outreach campaigns have elevated formerly unknown business professionals to “thought leaders” in their industries. Known as Writer For Hire® since 1990, Pat has written more than 1,000 articles for local, national and well respected industry publications. 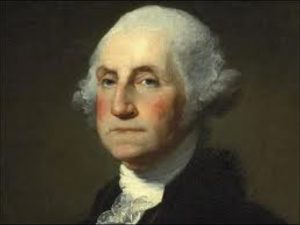 On Monday, June 13, 2016, Forbes announced that Microsoft would acquire LinkedIn for $26.2 billion.

What does this mean to those who are currently using LinkedIn? It means a large infusion of financing which will undoubtedly lead to new and improved functionalities on the world-leading social media site for business.  If you are currently on LinkedIn but haven’t found a way to make it ‘work’ for you, here are some reasons I came up with:

The Top 5 Reasons LinkedIn Does Not Work For You

The Top 5 Reasons Why LinkedIn Works Really Well For You

If you need assistance with your LinkedIn profile or would like to have professionally-written blogs and press releases that use LinkedIn as a free distribution channel, I can help you.  Please call me for a special discounted rate at:          (818) 353-5699 or email: pat@writerpatkramer.com.