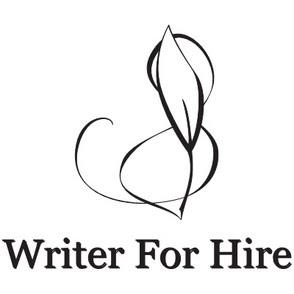 I don’t know how many times I have used the expression, “It’s so easy, I could do it in my sleep,”?  Well for me – it’s true: I often write in my sleep.

Sometimes it’s a continuation of projects I’m working on for clients – blogs, memoirs or a book I’m ghostwriting. Other times, it’s not the actual writing that I’m doing in my dream; it’s about me quoting a rate for a project or following up with someone who asked me to work with them previously. In each of these instances, work does not end when I turn out the light and go to sleep, but rather, continues into the different stages of the sleep cycle when my creative thoughts are swirling around in my head.

I believe this process is very common for those in the arts. I remember Keith Richards of the Rolling Stones mentioning that he often came out of dreams with songs already partially written. It was during the dream state that ideas would come to him for melodies or riffs and he would pull out his tape player and put it down on tape in the middle of the night, then go back to sleep.

Another things that I sometimes find myself doing is typing keys on my imaginary keyboard when I’m asleep. I’ve been told that my fingers move and I’ve also woken myself up doing this. Rather than this being a nervous impulse, I think it’s, again, related to what I’m dreaming about.

The late, great Stevie Ray Vaughn used to play guitar in his sleep, according to one of the biographies I read about him. He was known for practicing all the time and sleeping with his guitar next to him in bed, so that if he wanted to work out some new instrumentation in the middle of the night, he could do so without much effort.

I’ve always been able to remember my dreams – often with great detail. I’m fortunate in that this process helps me sort things out that I’m trying to resolve. Sometimes, it provides the seeds of creativity for a project, while other times, it enables me to work out complex feelings.